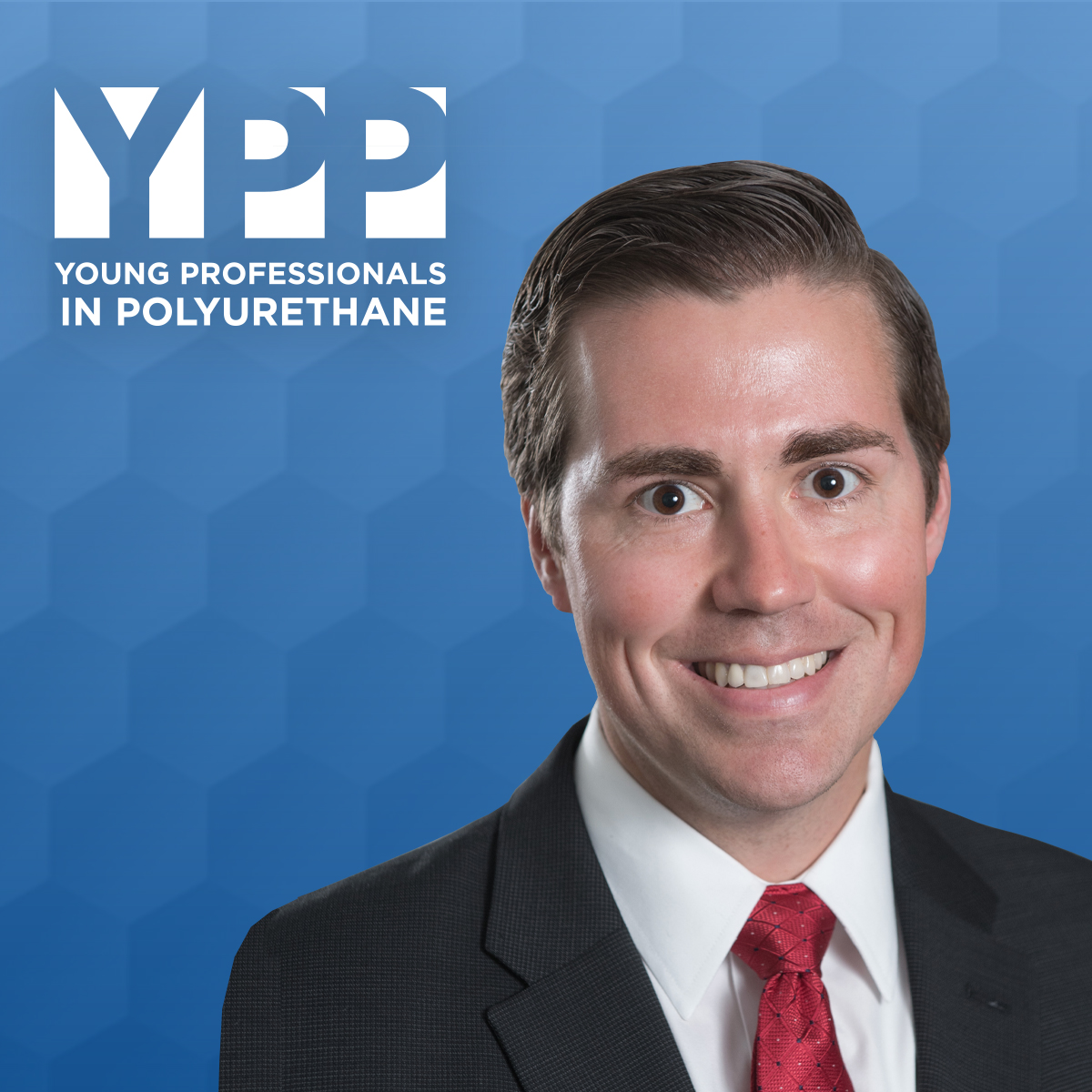 As an undergraduate chemistry major at the University of Maryland, Stephen Wieroniey had dreams of working in the chemical industry. Upon graduation, he found himself entering the job market right at the peak of the Great Recession and had no concrete plan for what a career in the chemistry might look like. After some time and with a little luck, he eventually landed a role at the Environmental Protection Agency.

“I graduated in 2008 and worked a few odd jobs during the recession. The way I ended up at the EPA isn’t the most glamorous story,” Stephen says. “I found the position on Craigslist. I enjoyed working in the position and eventually realized I found my niche because there were so many talented and passionate people there who inspired me.”

It was while working at the EPA, helping shape policy under the Toxic Substances Control Act, that Stephen says he developed his expertise in chemicals management and public policy.

“My boss at the EPA worked on the TSCA program for almost 30 years,” Stephen says. “She was passionate and knowledgeable and was a great mentor for me, teaching me about the ins and outs of the program. Without her help, I would not have continued on this path and into my current role.”

After a few years, Stephen left the EPA for the world of trade associations, taking a job at the American Coatings Association (ACA). While there, he collaborated with colleagues from the ACC Center for the Polyurethanes Industry (CPI), working to shape chemicals management and public policy. When a new opportunity arose to serve as a director at CPI, Stephen jumped at the chance.

“It was a no-brainer for me to make the switch to the world of polyurethanes,” Stephen says. “Many end uses for polyurethane fall within the coatings market category. All of the experience I gained at the EPA and the ACA in advocacy and regulation in the chemical industry formed the background I needed to be successful in this position.”

Center for the Polyurethanes Industry

CPI, is a self-funded part of the larger American Chemistry Council (ACC). It performs advocacy, outreach and product stewardship to help shape best practices, regulation and policy regarding the polyurethanes industry in North America. CPI also disseminates health and safety information throughout the entire value chain.

As a director at CPI, Stephen’s duties are divided among a number of tasks. He leads the Spray Foam Coalition — a sub-group within CPI, representing the suppliers and producers of polyurethane spray foam systems used for building insulation and roofing.

He also manages CPI’s Sustainability Committee. In this role, he helps to review regulatory and legislative proposals about chemicals management or the use or application of various polyurethanes. He then weighs their potential impact on the polyurethane industry and its members.

It is something Stephen says he believes can be addressed by highlighting polyurethane’s use in promoting sustainability.

“I think my generation may be a little more progressive than the ones that preceded it,” he says. “For one thing, I think we are more socially conscious. Polyurethane is key to fostering a sustainable economy and way of life. If we can get a message out about sustainability, I think it will appeal to potential young scientists and jobseekers. My generation wants to work in industries that reflect their worldview and values.”

In the future, he envisions producing more social content or even partnering with CPI members to create videos, articles and infographics that tell polyurethane’s sustainability story.

“Polyurethane helps conserve energy and natural resources in several ways: It can extend the life of products like food when used as insulation for cold storage or in the transportation of fresh food. Other polyurethane products are applied in buildings and homes to make those places more energy-efficient, water-resistant and more durable in the face of extreme weather,” he says. “We just need to keep figuring out new ways of sharing that sustainability message and reaching a new audience.”

The Jobs Are Out There

Stephen believes chemical companies working with schools and universities around the country to shape curricula could also be helpful in better preparing students for a career in chemistry by helping to prioritize and inform what is being covered.

“The basics of chemistry are fundamental to every science student,” Stephen says. “However, in terms of the type of chemistry being practiced in the real world, students don’t really find out until they graduate.”

He explains that students should be taught more about how chemistry is used and applied in the real world — like about the prevalence of polyurethane in daily life — at the same time that the students are learning the basics of chemistry.

“Over 1,000 polyurethane manufacturers directly generated $37.9 billion in output in 2019. The polyurethane industry is out there, and it is huge,” Stephen says. “Yet, for students, many don’t know that these careers exist, how abundant they are or where to look for them when they graduate.”

“When regulators develop a rule, it has to go out for stakeholder input,” he explains. “I work with our industry members to share the proposal, analyze it, then craft a response back to the government about support or needed changes.”

He says this is where his background in policy and education in chemistry most come into play.

“I think I am grounded in both the world of chemistry and the real world,” Stephen says. “People rely on me to be able to break down complex scientific ideas into layman’s terms. When regulators ask for input on a subject, I have to form an articulate response that provides valuable input on behalf of our members.”

While some may think the relationship between a trade association and regulators would be adversarial, Stephen insists that way of thinking is antiquated. Today, it is all about sharing information between the two parties in hopes that the private sector and the public sector can come together to form policies that are equitable, based in science and fair to all involved.

“Not enough people stop to think about the good that can happen when everyone works together and cooperates to achieve a common goal,” Stephen says. “When you can create a policy that is practical, enforceable and implementable — when you can really thread that needle — that is probably the most satisfying part of my job.”

A Future in Chemistry and Advocacy

While Stephen says the future of work is changing and that makes the difficult to predict professionally what is to come, he insists that he has firmly found his niche in the polyurethane.

“I sort of forged my own path to blend chemistry and advocacy, and I think this is how the trajectory of my career will continue,” Stephen says. “I was lucky enough to find what I love and am good at early in my career. It’s hard to know what the next decade may hold, but the more I do this work, the more I enjoy it.”