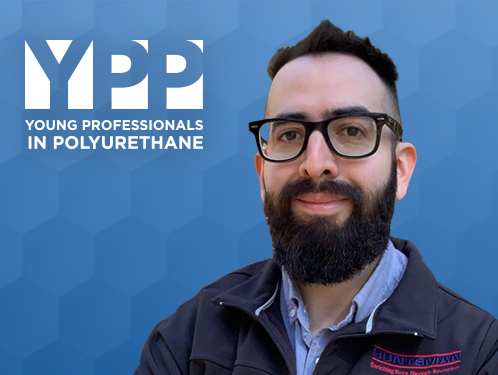 As a young man growing up in Mexico, Jorge Vazquez says he was always curious about the world around him and inquisitive, often asking about big picture concepts — like the purpose of existence and the interconnectedness of humanity.

“I strongly considered going into philosophy when I was a student,” Jorge says. “It may sound a little out there, but philosophy as an academic discipline gives you a very structured and critical way to think and analyze problems at their deepest roots. That’s a very valuable skill to have.”

Jorge was born and raised in Mexico. He went to graduate school in England and now resides in Central Texas. Travel has always been an essential part of his life — helping shape his perspectives and worldview

“I’m fascinated to learn how each culture perceives and understands the world around it,” Jorge says. “Travel has given me a broader understanding of how we need to approach the problems we face and just how widespread those problems are. It has also contributed to a more holistic view on conservation.”

Today, Jorge, 32, is a research scientist at the Huntsman Corporation in the Greater Houston area, working with rigid polyurethanes — developing products for insulation application. It may seem like an unlikely fit for someone once interested in a career that involved pondering questions about the universe. Still, Jorge sees a connection between his work and the path he almost took to becoming a philosopher. Not only was he interested in philosophy, but he wanted to seek out ways to improve the world at large.

“I always wanted to help improve the lives of others, and the versatility of polyurethane chemistry allows me to do that,” he says. “Polyurethane has a part in many industries like automotive design and commercial building construction.”

Jorge sees the potential for the polyurethane industry at large to help solve real-world problems and make everyday life more comfortable and efficient. Though, he admits consumers may not be familiar with the large part polyurethane plays in daily life.

When it comes to what role polyurethane may have in helping solve climate change, Jorge points to rigid foam’s role in contributing to energy conservation and improved efficiency.

“When deployed on a wide scale, polyurethane insulation can have a huge impact on reducing the overall amount of energy needed to heat and cool homes and office buildings.” he says. “Broad, sustainable and efficient application could make a big difference in reducing carbon emissions.”

Plans for the Future

As science continues working toward solving large-scale problems, Jorge sees himself there in the trenches, working to help bring about fresh thinking and creativity that will help drive innovation and change for tomorrow.

“I plan to continue working in polyurethane innovation and product development. The versatility of polyurethane chemistry creates such an enormous playing field that you can spend an entire career here,” he says. “This work and this field are going to be fundamental to creating lasting change that makes an impact on the world, and I plan to be a part of it.”