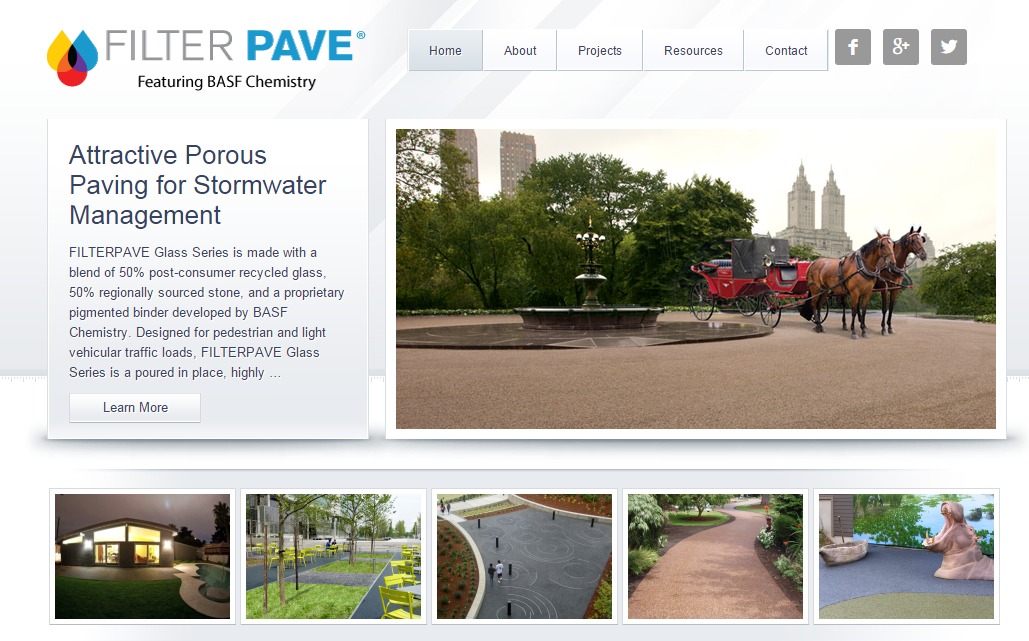 Polyurethane at work to help the environment

There’s an old saying: “When it rains, it pours.” This is certainly true of polyurethane’s environmental benefits because of its resistance to water.

Polyurethane’s inherent water resistance has helped create surfaces that mimic and coexist with nature while solving modern problems of stormwater runoff and erosion. Used as a binder for a number of different surfaces, polyurethane helps facilitate better water management in areas plagued by high rainfall levels and in coastal areas.

Stomwater runoff is one of the largest contributors of pollutants in our water systems. Water that travels along solid surfaces picks up pollutants such as oil, fertilizers, and pesticides and carries them to streams and inlets. Additionally, as urban areas grow, so does the amount of impervious surface. This increases the amount of stormwater looking for a place to go which leads to flooding.

BASF’s FilterPave® is made with a blend of post-consumer recycled glass and regionally sourced stone. These two elements are held together with a polyurethane binder. The resulting surface is porous, allowing rain water to drain directly into the ground as opposed to running off for miles or flooding. The Philadelphia Zoo uses FilterPave on walkways and sidewalks throughout the zoo as part of their larger sustainability and stormwater runoff initiatives. FilterPave also provides an attractive and artistic surface outside Western Oregon University’s Ackerman Hall, the first large-scale residence hall in the country to achieve LEED Platinum rating. And, of course, BASF’s LEED Platinum North American headquarters feature the product in the campus’ walkways.

While erosion is an inherent characteristic of coastlines (it’s how they are formed after all), the preservation of these areas is a growing concern. From protecting real estate investments to maintaining coastal species populations, there is a lot riding on the protection of battered coastlines.

BASF’s Elastocoast® is a polyurethane binder that when mixed with stone provides a more porous surface to better absorb wave impact and reduce wave run-up. Polyurethane acts like a glue to bind the hydraulic gravel together, resulting in a monolithic, three-dimensional and stable structure. The product has been used widely throughout Europe including on many German coastal areas which, among other impacts, has enabled algae and other plant life to grow to better support animal life on the coast.