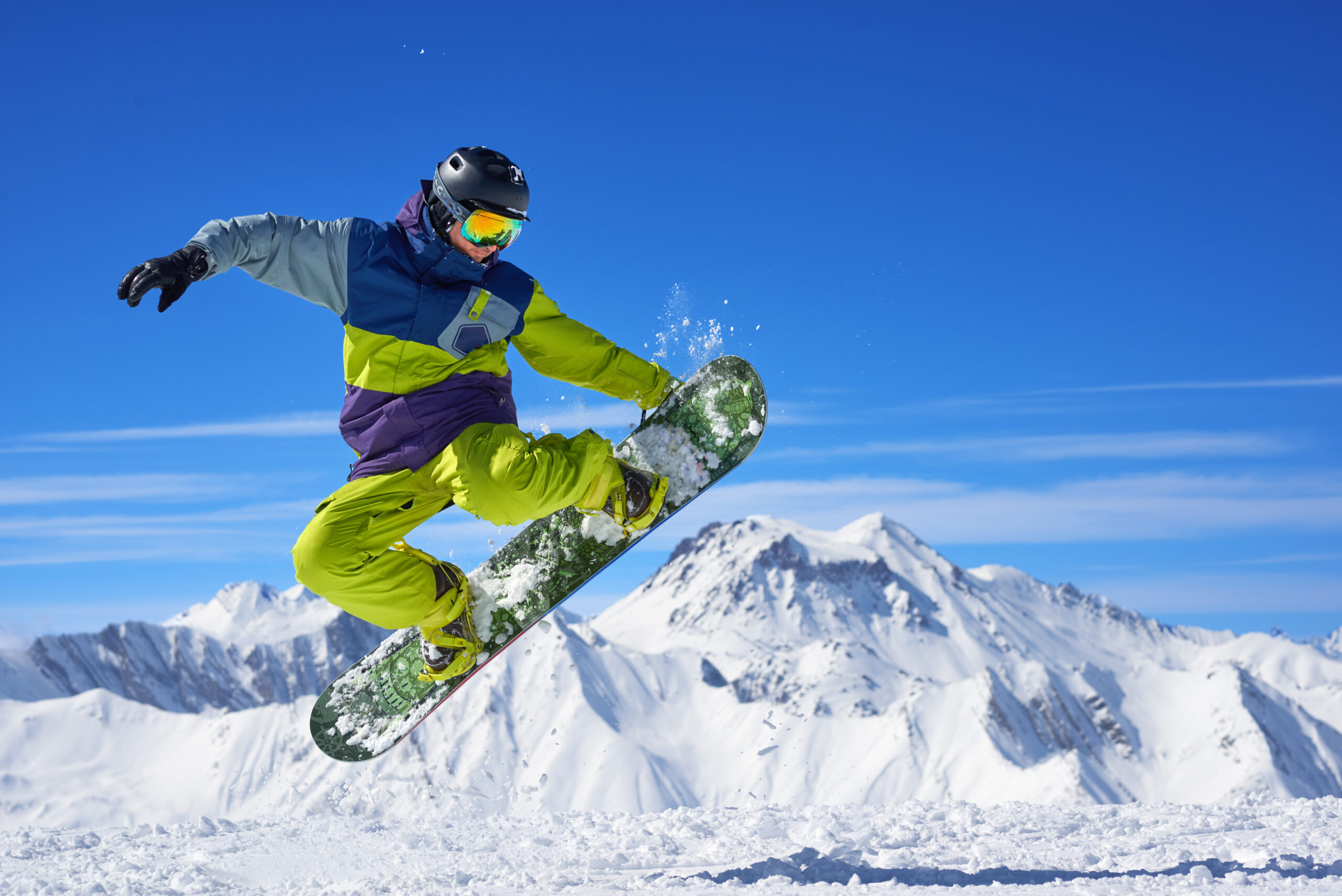 Frequent readers of this blog know that polyurethane is an integral part of helping surfers carve up waves. But, did you know that polyurethane is also pivotal in helping riders carve up mountains as well? Over the course of the past few decades, snowboarding has been one of the fastest-growing sports in the world. The winter pastime that allows athletes to ride down mountains like the face of a wave owes its meteoric rise thanks at least in part to polyurethane.

The history of snowboarding dates back to about 1965 when an enterprising ski enthusiast and engineer named Sherman Poppenin from Muskegon, Michigan, tacked a pair of skis together for his daughters to stand on sideways as they rode downhill. He called his design a snurfer — a combination of the words “snow” and “surfer.”

Jake Burton, a young entrant into one of the earliest “snurfing” competitions in 1977, wowed the crowd with his own version of a snurfer that included foot bindings to keep the rider affixed to the board during jumps. Burton won first place in the modified class of the competition that year as the division’s only entrant.

In addition to his big win in Muskegon, 1977 was also a big year for Burton in another way. It was same year he founded his company, Burton Snowboard. Burton’s original design consisted of laminated pieces of wood, shaped and then dipped into polyurethane resin. The design worked, but the ability of the riders to control the boards was far too limiting. Steering was unpredictable, so few ski resorts were willing to welcome snowboarders on the slopes.

Burton knew that the prohibiting of snowboards at ski resorts would limit the market for his polyurethane creations, likely relegating their use to backyards and city parks. Burton had bigger plans for the fledgling sport, so he went back to the drawing board, deciding to redesign his board to mimic skis of the day.

Burton’s new design utilized a plastic base and polyurethane coating, and it added metal railings on the side of the board to improve stability. In his new prototype, Burton tried to copy contemporary ski designs of the day — essentially creating a single giant ski for a sideways rider.

With his newly designed boards, Burton was able to demonstrate better control thanks to the addition of metal railings to his polyurethane-coated boards. Although slow to warm up to them, ski resorts finally began welcoming snowboarders in 1982.

Over the course of the next few years, snowboarding began to explode in popularity. In those early days, Burton Snowboards experienced triple-digit growth year over year as the public embraced snowboarding as an edgy alternative to the stuffy world of skiing. As ski sales and design remained largely stagnant, snowboarding sales and innovation soared. New competitors entered the marketplace, experimenting with materials like lightweight flexible woods,fiberglass laminates and new kinds of polyurethane coatings.

Polyurethane and the Future of the Sport