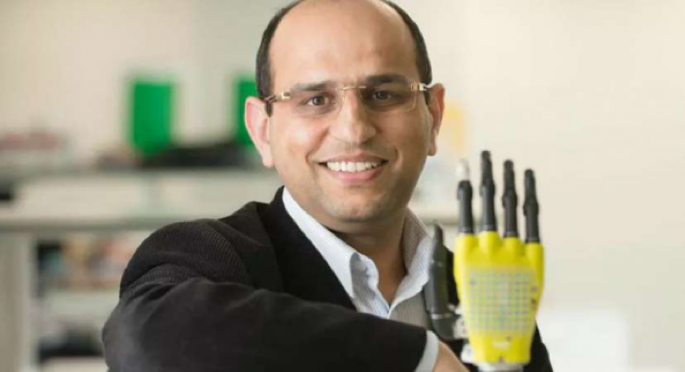 As prosthetics grow ever more advanced — some now with a motorized function capable of grasping, pointing and even holding objects — one question remains: how will these futuristic limbs, which rely on considerable energy, be powered?

Engineers at the University of Glasgow believe they have created a solution: a kind of electronic skin made from graphene, polyurethane and graphite that can generate and store solar energy for prosthetic devices.

A thin layer of graphene acts as a solar converter, converting sunlight to electrical energy. The polyurethane-graphite composite sits below the graphene, acting as a supercapacitor that powers the prosthetic limb and stores excess energy for later use.

In addition to its function as part of the supercapacitor, polyurethane makes the electronic skin more comfortable. It bends and molds to create a snug fit that can accommodate high-level physical activity.

While a battery is often used to power a prosthetic device, this can have significant drawbacks: a cell may become hot when in use, take a long time to charge and lose its ability to hold power over time.

By contrast, the solar-powered electronic skin developed by the team in Glasgow is faster-charging, resists becoming hot from use and has been through a series of 15,000 charging/discharging cycles with no significant loss in its ability to hold a charge. The supercapacitors could hav even wider application, pointing to a more sustainable solution than traditional batteries.