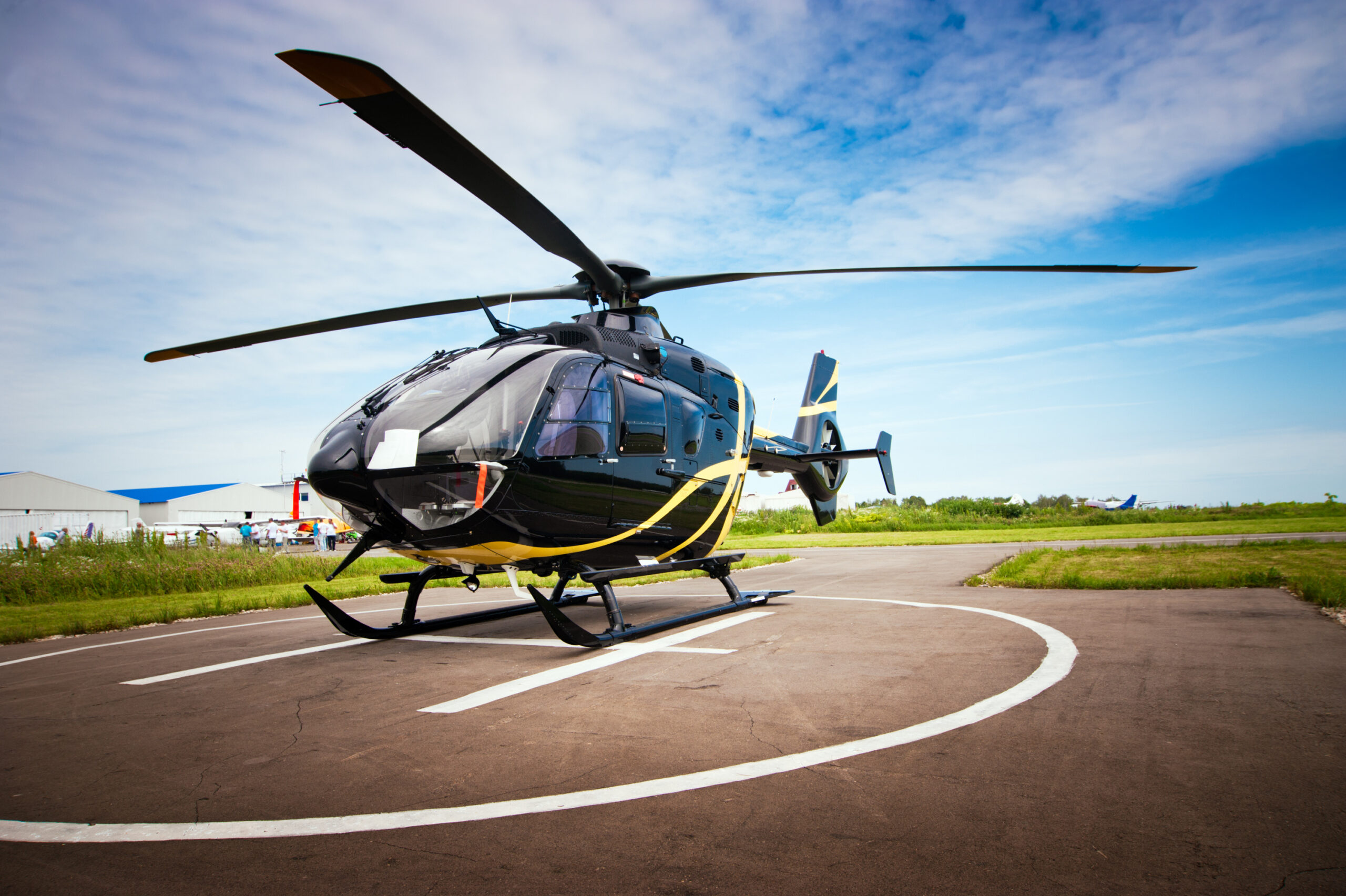 What’s that the pilot is sitting on? More than likely, that seat is made out of polyurethane foam. Polyurethane can mold to the body and keep it cushioned and safe at high speeds. A polyurethane seat helps dampen constant vibrations for the seat’s occupant caused by the helicopter’s rotor blades on a long flight. Polyurethane has long been used for seats in all kinds of aircraft and even in the space shuttle.

Many large electricity-generating windmills utilize polyurethane blades. However, these blades are not optimal for a helicopter, whose rotors can spin at more than 250 miles per hour. However, if you take a closer look at a helicopter’s rotor blades, there is a good chance they may be covered in polyurethane tape. Yes, tape! When helicopter blades spin at such high speeds, they can chip and become damaged from even small pieces of debris. Something as small as a single grain of sand can leave a long scratch on a helicopter blade spinning at top speed. Covering the rotor blades in a high-grade polyurethane adhesive tape helps prevent damage and extend the life of the blade.

The landing skids of a helicopter bear the brunt of the weight of the aircraft upon landing. That’s why many landing skids are equipped with a shock-absorbing system that works to cushion the helicopter’s impact during the landing process. While there are several shock-absorbent systems on the market, some of the more sophisticated utilize an encased sleeve of tiny, flexible polyurethane discs. The discs are maintained under constant compression but compress even further under the aircraft’s load upon landing.

Brackets and Other Components

Frequent readers of this blog are familiar with the term lightweighting, which refers to the practice of making vehicles more lightweight to increase their fuel efficiency. Polyurethane has a unique role to play in the process of lightweighting. PU components are often lightweight but still durable, making them ideal for creating a lighter vehicle that still maintains optimal performance. The same holds for helicopters. By reducing weight while maintaining durability, the aircraft can stay in the air for longer without refueling. Swapping out several small components like brackets and door panels with a polyurethane alternative can significantly increase the fuel efficiency and overall performance of a helicopter.

Once considered more of a niche mode of transportation, helicopters are gaining popularity as cities become more populated and congested. Helicopters can provide a reliable and fast method of transportation for those needing to get around. Advances in technology — many involving polyurethane — are increasing the durability, fuel efficiency and comfort of these aircraft.