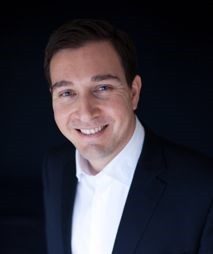 Advanced Simplicity general manager Antonio Pantalone recently shared the latest on a polyurethane product that can help emergency responders and government officials minimize both the environmental impact and cost of an oil spill cleanup. Find out more about this innovation below.

Q. Can you explain Advanced Simplicity’s recoilTMand how did idea happen?

A. recoil™ is an oil absorbent material that is designed to be easy to make, easy to use and versatile. It is designed to be a low tech material that can be rapidly produced with little training that allows larger groups of people to be engaged in an emergency spill response situation. recoil™ is spread across an oil spill, either water borne or on a hard surface, and quickly absorbs oil into itself. recoil™ can then be collected using conventional equipment including fishing netting, and the oil can then be extracted for reprocessing and reuse. The remaining material can then be used as a fuel source in energy production; used in cement kilns or within road base/asphalt mixes.

Originally Advanced Simplicity was carrying out consultation for an oil recycling company that was not meeting newly introduced European Union (EU) wastewater discharge standards. Being located in the Mediterranean also meant there was government pressure to exceed the EU levels. Our consultation included a process re-design, but we discovered that the business had already invested heavily in their existing machinery and weren’t keen to make more changes. They had also generated large holding areas of oil heavy wastewater whilst they were trying to meet the new targets. They were looking for an absorbent type material and after examining a range of options, no one was really satisfied with what was available. The site had different absorbent requirements and no one product could deliver across the board. So with a background in industrial chemistry and chemical engineering, we set about developing a solution.

Ultimately the oil recycler ended up going down a totally different path and we almost shelved recoil™. But the government themselves took an interest, and along with other requests we began the commercialization process. Now we’re about to embark on cleaning up one of the world’s worst oil contaminated areas, the Niger Delta.

Q. Did anything in particular inspire you?

A. Simplicity is very important to us. Everything that we do centers on a remarkably easy end user experience. Whether that be in our consultation, solutions package or product design, simplicity is key. We also looked at disasters like the Gulf of Mexico experience and thought about how the situation could have been maintained. We needed to develop a product that could be quickly manufactured if needed, and at multiple locations by as many people as necessary. If we use the Gulf of Mexico spill as an example, if recoil™ had been commercially available it could have been pre-made and stored ready for immediate use at different points by different methods such as boat or plane. In the meantime, it could be continuously produced by communities onshore to replenish the supply levels. It could have also been made into boom shapes to protect the coastline and prevent a large amount of damage. Aside from protecting the coastline, environment and wildlife, it would have also meant that the extremely large amount of oil that was spilt could have been reclaimed and reused. Instead, it was dispersed and has raised numerous more concerns and health issues. We wanted to overcome these hurdles.

A. recoil™ is due for release as part of the Niger Delta clean up partly because of its simplicity and the ability to cleanup difficult to access areas and be used by the local communities. It will also be released as kits so that it can be made by locals at various sites and then distributed for use. Aside from emergency response, recoil™ can also be used for the maintenance and general cleanup of areas such as harbors, ports, marinas, and work areas. Our consultations with Sydney Airport JUHI are related to both emergency response and maintenance, maintaining safety when aircraft refueling spills or tank leakage occurs. Importantly, this fuel can then be reclaimed.

What has proven to be the most meaningful aspect about recoil™ is that the innovation has been recognized. Our YouTube videos (although simply made, demonstrate the design principles of recoil™, and this has been noticed in particular by government bodies around the world. That is why recoil™ will be released as part of the Niger Delta clean up. We’re constantly learning from feedback about other potential applications that recoil™ has, other ideas as to how it can used and the advantages it offers from experienced professionals within the oil spill cleanup industry. We’re being told how recoil™ can not only be used as a standalone clean up product, but how it can aid existing techniques. We’ve been approached by organizations with remediation projects with unique challenges that recoil™ is offering solutions to. This acceptance by the market place and their added input has made the experience exciting. We’re learning more about what recoil™ can do all the time and realizing ourselves the further innovations that can result.

Q. What was the biggest challenge you overcame?

A. There were actually two challenges we had to overcome. First was developing a material that met all of our goals. That was a balancing act within itself and compromises had to be made. Because we were trying to achieve a range of characteristics the development took time and numerous iterations. This was a matter of chemistry and trial and error. We also believe in simplicity, so the product not only had to achieve our goals, but also be simple and easy to make.

The second challenge was going through the various approvals processes. Because of the different approvals that are required in different parts of the world, and because recoil™ doesn’t have to take only one shape, we had some initial difficulty in explaining the product. Interestingly, this ability of recoil™ helped our cause at various stages. However, we are still jumping through hoops in various regions as in some cases we are being moved from department to department and back again because recoil™ is not being seen as a regular absorbent.

Q. What is the next step after recoilTM?

A. We’re still not done with recoil™. We’ve made some refinements to recoil™. Our next steps, following the release of recoil™ into the Niger Delta will be to finalize agreements with a number of other organizations around the world. We are also looking at introducing recoil™ into areas such as the Amazon. We don’t just want recoil™ to be something that is used after the years after the damage is done. Emergency response and containment is obviously important, and that is why we’re examining new delivery systems such as underwater options that deliver recoil™ underneath a spill and prevent emulsification into the water column.

We have always had a strong emphasis on consulting, and we want to help organizations design improved response and preventative measures by integrating recoil™ into their systems. Our consulting arm is able to specifically teach people how to minimize the cost of oil spill cleanup by using recoil™ over traditional methods.

Aside from all of this, we are still working on various other environmental based technologies that we have within our suite. This is along with our consulting and project delivery commitments, including the Niger Delta clean up.